To be most effective, your communication must focus on the needs of your audience. When you write, understand your audience, and make sure they will receive and act on the information in the manner you intended. Toward this end, we continue our discussion of the ten tenets of effective communication, focusing on the next four tenets: 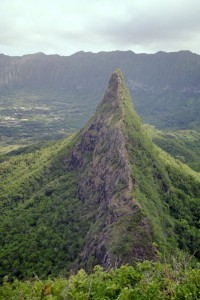 Accurate. Get your facts straight. Even the slightest inaccuracy subjugates believability and can bring the contents of an entire document into question.

Inaccuracies can annoy and perplex an audience, especially when they know otherwise. And keep your own biases at bay when citing facts; remain objective. Compelling information presented accurately can still raise eyebrows; there is no need to overstate.

An occasional misstated fact can be tolerated, but attention to detail in this all important area is well worth the effort. The little bit of extra research that corrects a distortion goes a long way toward creating authoritative communication.

In a presentation, I once used the quote “Never miss an opportunity to keep your mouth shut”, which had been attributed to author Robert Newton Peck. When I called him to verify this attribution, Mr Peck set the record straight. He told me, “Samuel Johnson said that.”

END_OF_DOCUMENT_TOKEN_TO_BE_REPLACED

Effective communication is simple and clear, focuses around a single idea, and ultimately achieves the results you desire. 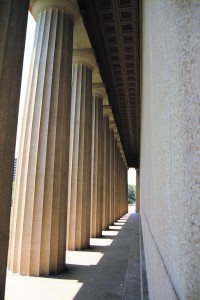 Let’s start with a discussion of the first two and then continue with the remaining eight over my next two blog entries.

END_OF_DOCUMENT_TOKEN_TO_BE_REPLACED

From lost relationships to steep financial penalties, the price of poor communication is high

Poor communication costs business millions of dollars every single day. Most executives and managers understand this, yet they don’t realize how big a part they play in this miscommunication.

Financial statements do not carry a line item for poor communication, although they should since, with a little effort, it can quickly be quantified.

Communication is vital to the success of your organization. To be most effective, communication must circulate and reach all levels, not just the core.

Different forms of poor communication. Here are but a few:

END_OF_DOCUMENT_TOKEN_TO_BE_REPLACED

An ironic approach to purposeful writing.

Being a writer, I follow a fairly strict process when writing—the same process that I preach about when teaching clients how to write: Pre-writing: planning and drafting; Reviewing: rewriting and revising; and Finishing: editing, applying mechanics, and formatting.

I’ve taught this process to many people (including my children). After all, there is a very good reason: it works!

The Pre-writing phase allows you to identify who you are writing for (your audience) and what you want to say to them; to identify the purpose of your writing, to determine the points you want to make and enumerate them; to begin drafting your ideas based on these points to get your thoughts on paper without restriction. This is where the bulk of your writing can take place.

The Reviewing phase enables you to clarify your draft: to embellish your words, to add more details, to tighten up your text, to clear up any ambiguities, to sequence thoughts better, to ensure your text speaks to your purpose, to delete anything that runs astray, to cut off tangents, to sharpen.

The Finishing phase is where you edit: to employ better words, to fix grammatical infractions, to correct mechanical errors, to change punctuation, to format for clarity and understanding.

Imagine my consternation, then—with a bit of a smile—when I received the following analysis of the process my son employs for writing papers (including email and IM) at university. In his own words…

END_OF_DOCUMENT_TOKEN_TO_BE_REPLACED

True listening engages not only your ears and mind, but also your eyes and heart

An update: Solari is currently working with two clients, helping them with audience analysis, interviewing, writing, and presentation skills. It struck me — again — how much listening plays a critical part in communication. So, even though we published this position paper of listening a while ago, it bears reiterating. Enjoy.

See beyond the words. The nonverbal part of communication often expresses more than the actual words themselves. To truly listen, engage all your senses.

As you hear someone talk and begin to understand the concept, look for the emotion, passion, and feeling of the words to truly understand the depth of the message. Instead of just asking questions to better comprehend, recognize and articulate these emotions and feelings. Many times the person talking doesn’t even realize how emotionally involved they are.

END_OF_DOCUMENT_TOKEN_TO_BE_REPLACED

The simple answer is this: hire a professional technical communicator. And now, with the advent of the “Online Buyers Guide & Consultant Directory” published just this week by the Society for Technical Communication (STC), the process has become infinitely easier. 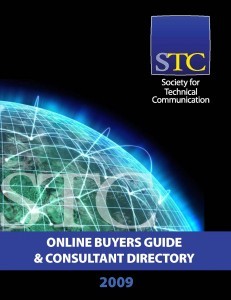 The Buyers Guide section lists companies that provide a specific product or service; it’s organized into several helpful sections. The Consultant Directory lists over 600 professional technical communicators, all of whom are just an email or a phone call away; many are just a Web site click away. (We are listed on page 53.)

Research has demonstrated that clear technical communication created by professionals who understand the needs of their audiences — your customers among them — return solid benefits: greater customer satisfaction, less technical support calls, increased sales, and fewer returns.

The best part of all: the Directory is free! Just go to http://www.stc.org/ and click the link on STC’s home page.

The quality, authenticity, and benefits of Twitter communication are at stake.

The use of Twitter has simply exploded over the past year. As your list of followers grows, so do the amount of tweets, retweets, and direct messages you receive. Most of these tweets are well intended, but how useful are they? 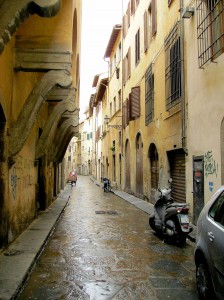 An increasing percentage of the tweets you receive are spam. Twitter is especially vulnerable, given its inherent automation. Anyone can easily follow tens of thousands of people, and then gain a large percentage of followers in return. An easy, ready market for spam from lurid “marketers”.

What does Twitter spam look like? Twitter spam can take many forms. Legitimate companies spam when they endlessly promote their products through dummy Twitter accounts. These accounts often bear no resemblance to the products they pitch. Con artists attempt to shift your money and to gain your identity through a series of shady financial transactions. You are probably wary of these: “Help me access my dead uncle’s $20 million from a backward third-world country and receive a 15% fee.” Still, a small percent click through.

Many times, spam tweets are sent by members with few followers yet following as many as possible. This should be your first tip-off when someone starts to follow you. These people send tweets with blind tiny URLs linked to those click-here-if-you-are-18-years-or-older sites — except that requirement is frequently omitted. These can easily be identified by the busty, cleavage-popping, young lady’s photo on the account.

Then there are the “See how I got 3,000 followers in one afternoon” spammers. Another come-on: “I can show you how to make $1,000,000 by tomorrow afternoon by following this simple method. No, really I can!” Hair removal treatment for women garners a good share of spam tweets. You get the idea.

END_OF_DOCUMENT_TOKEN_TO_BE_REPLACED

United Airlines broke the guitar of Dave Carroll of the band Sons of Maxwell, and he wasn’t happy. For a couple of reasons. First, while changing planes in Chicago, he and his band mates watched United’s baggage handlers throwing his guitar. And second, this was a $3,500 Taylor guitar, quite an expensive musical instrument.

And, as suspected, when Dave arrived in Nebraska, he found the guitar’s neck broken. So Dave complained and asked for compensation. Enter the airline albatross of denial, as any of you know if you’ve ever had to file a claim for damaged or lost baggage. You probably can conclude the results: claim denied. And that was the beginning of United’s nightmare…  justifiably.

A number of events occurred after that, the most caustic and influential being a song written by Dave in United’s “honor” and performed by the band.

This video already has had almost 5 million (!) viewings. Subsequently, articles about Dave’s plight appeared in many publications, including The New York Times, The Wall Street Journal, and The Independent (British). That’s viral social media at work. The power is tremendous!

So what has come of all this. Well, United donated $3,000 to the Thelonius Institute, a charity that supports jazz. Then, Bob Taylor, the guitar’s maker, gave Dave two free Taylor guitars.The video and resulting publicity has put the Sons of Maxwell on the musical map. So Dave came away fairly well.

How did United fare? Apparently, not so well. Within days of this video being published together with a flurry of related articles, United”s stock dropped 10%, costing shareholders about $180 million.

Social Media: a force for the rest of us.

Effective listening means you get the message clear and complete, without bias

Effective listening is one of the most challenging activities you can engage in, and yet one of the most rewarding and beneficial – both to the person talking and especially to you, the listener. You have effectively listened when you can clearly articulate what the other person has said and understand it from their point of view. How do you get there? By concentrating, putting their message first (and yours second), and considering their background, perspective, and situation.

Concentrate. What you might suspect is true. Concentrating while listening is far more difficult than during any other form of communication. Why? Simply put, we think much faster than we talk.

People say, on average, about 125 words a minute. But words can speed through our mind at the rate of 1,200 a minute and often much faster. Thus, speech happens at about 10% of your mind’s capacity. When listening, it’s virtually impossible to slow your thoughts to that pace – you continue to think at high speed. What you do with that other 90% of processing power is the essence of effective listening.

Concentration increases when you engage in a few mental activities focused on what you hear. First, think ahead: where is this going; what conclusions could you draw? Second, evaluate the talker’s points: are they complete, clear, sensible, overly emotional? And third, review all that has been said and think about it in its entirety.

END_OF_DOCUMENT_TOKEN_TO_BE_REPLACED

Your community controls your brand, not you. Human engagement is your best course.

With your social media goals set, measure your progress to ensure you are on the correct path. To continue with our travel analogy, after being on your journey for awhile, check your map, gauge your progress, consider a different route, a better route, or perhaps even test an intriguing path that appeals to you.

What most matters are the people you meet along the way — you must engage them and influence them to believe in you, to travel with you, to support you. In other words, you want to influence this audience to embrace your brand, embrace your products and services, and ultimately become your customers.

Traditional corporate communication is dead. You cannot do this with traditional corporate speak, the whitewashed prose and polished text that you have traditionally been written for your web site, marketing materials, press releases, and other corporate communiqué. You must engage your audience, entertain them, invite them in, and ask them to participate. It’s then, and only then, that you gain a community that supports and promotes your brand, with its resulting positive effect on sales, profitability, market share, and valuation.