How closely should a utility follow a commission-prescribed IRP process?

The utility had a clear problem: how to develop their current integrated resource plan (IRP). The size and scope of the problem seemed to expand daily.
The state’s public service commission had issued an order prescribing in detail the methodology and requirements necessary to be addressed in their IRP. The utility was used to creating their own IRP, with their own methodology, employing a tried-and-true process for attaining the goal of everyone’s IRP: reliable power at the lowest cost. 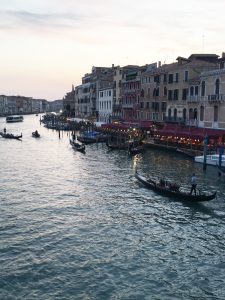 But this current commission order turned all of that on its head.

Crossroad. What was being ordered looked more like an IRP that simply ticked off the commission’s boxes, and less like a strategic plan for delivering low-cost, reliable power. In fact, that traditional goal seemed to be secondary to the commission’s goal. Being one of the state’s largest and most visible utilities, its core executives realized that everyone was watching—and closely assessing—how they executed the commission’s directives. Thus, the executives were at a crossroad. They had to decide to develop their IRP by:

Scrupulously following commission guidelines (which on closer inspection, clearly had process-oriented holes) to satisfy regulatory requirements and other statutory goals.

Diligently relying on their tried-and-true methodology to satisfy their clear mission-oriented need to best serve their wide array of customer needs.

Far-reaching implications. They realized that their decision would have far reaching ramifications, some of which were most likely unknown, but certainly would be unearthed.

These utility executives were not delusional by any stretch. They were fully aware of the transformation that had been occurring in the electric power industry over the past several years. They fully understood that the familiar ground upon which the industry was based for the past one hundred or so years was completely in flux. They clearly understood how the inexorable influx of renewable generation, especially from distributed energy resources (DERs), coupled with drivers to reduce carbon emissions from greenhouse gases (GHGs), fundamentally changed their landscape.

Even with all these additional consideration, the executives felt certain that their planning methodology could incorporate these factors and create a preferred portfolio of generation and distribution that satisfied their overarching need for reliable power at a low cost while still maintaining a level of adaptability to adjust to future known and unknown circumstances.

Ultimately, their collective eyes were open.

To come to grips with their basic IRP problem, they assembled a planning committee that included representatives and executives from resource planning, transmission and distribution, finance, operations, legal, regulatory, and corporate communication.

Paths for an IRP. The planning committee quickly honed in on their purpose: to choose a path that best served their customers. They assimilated all the information they had, considered what other utilities were planning and had actually done, considered their past experiences, considered their apparent place in the state’s utility mix, and projected the implications of their decision, then pinpointed three potential paths:

Adhere to the commission’s prescriptive path to the letter, essentially abdicating their contributions to developing an IRP.

Expand on their tried-and-true process to incorporate evolving changes in the energy landscape (including meeting statutory and regulatory requirements) and thus establish an updated process for developing an IRP.

Duplicate their work by developing two IRPs simultaneously: one that employed the commission’s prescriptive path; and one that traversed their own need for a strategic plan. Left unsolved for the moment, was the decision on which of these two IRPs to file.

Deciding on which path to choose is a question that many utilities are being forced to answer—an answer that has far-reaching and pivotal implications for everyone involved.