Events in Nevada over the past three years shone a bright light on how net energy metering (NEM) has affected the evolution of distributed energy resources (DERs). Or would it be more accurate to call it the DER revolution?

Nevada: an insightful perspective. In December 2015, the Public Utilities Commission of Nevada (PUCN) cut NEM compensation by about one-third and instituted a monthly fixed charge. This new policy applied to both new and existing NEM installations, virtually all of which were rooftop solar photovoltaic (PV) panels. 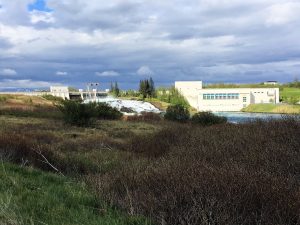 This decision significantly decreased NEM compensation while it also extended the payback period for a rooftop system. The consequences were quick and monumental. Immediately, the top three solar installers in the state announced their intention of moving to more “business friendly” states. It came as no surprise when rooftop solar installations dropped 92% in first quarter 2016. Nevada, once a darling in the solar sector, became a virtual wasteland.

Until the PUCN reversed itself.

Late in 2016, the Nevada governor appointed two new commissioners to the three-person PUCN. That new commission reinstated the original NEM rules. Then last year, the Nevada Legislature passed bill AB 405 that reinstated NEM compensation for residential solar projects at 95% of the retail electricity rate. The bill also contains numerous other consumer protections, ensuring the bill’s reach for at least 20 years. At its essence, though, AB 405 guarantees consumers the right to self-generate electricity. The bill’s passage not only resuscitated the state’s moribund solar industry, but also created a boon for potential energy storage system (ESS) installations.

So, let’s summarize. NEM active; rooftop solar DERs soar. NEM revoked; DERs grounded. NEM reinstated; DERs take off again. And this doesn’t even account for the state and Federal tax credit incentives. As a policy tool, NEM has wielded enormous power since its first passage in 1983. As a result, DERs are experiencing an annual, unabated 20% growth rate.

What hath NEM wrought? Over the past 35 years, NEM and the influx of DERs have caused a tremendous upheaval in the energy industry. Here are just a few.

Cost and benefits of rooftop solar. This is a controversial topic, to say the least. Utilities assert that NEM customers use the T&D network and require energy when their panels aren’t generating power, yet are not paying for it, all while receiving retail rates for their power. This unfairly shifts costs to non-NEM customers. Solar advocates contend that a number of factors (utility incentives, RPS policies, reduced T&D costs, fossil fuel price hedge) actually make this cost-shifting argument moot. Indeed, a 2014 report conducted by PUCN concluded that NEM actually benefited non-NEM customers. It’s no surprise that actual costs and benefits vary widely, and depend on numerous factors.

At its core, the challenge focuses around the potential for unbundling the energy services that utilities provide. More and more, some of these services are being provided at the “grid edge” where customers manage and use energy—such as self-generation. As energy storage prices fall while their capabilities rise, DERs will continue to grow as will the prospect for grid defection.

A transition to the utility of the future model is already underway. For example, the two largest utilities in New York, Con Edison and PSEG (both essentially “wires” companies), instituted a Utility of the Future department three years ago. Why? Put simply, to better align with the state’s Reforming the Energy Vision (REV) goals of a 40% reduction in greenhouse gas emissions, half the state’s generation from renewable resources, and a 23% reduction in energy consumption—all by 2030.

One thing appears certain: DERs are here to stay. How the utility of the future evolves remains to be seen.