Multidimensional interactions have altered the basic rules of communication

Social media has drastically changed how we communicate. Not too long ago, we communicated through the mail, on a land-line telephone, and in person. Today, we send text messages; leave voice messages; use instant messenger; send emails; talk through headphones, cell phones, and online video 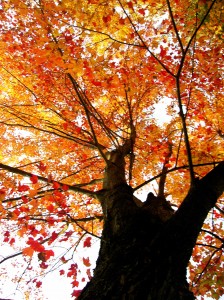 phones; and, of course, interact through the Internet where a plethora of social media tools has redefined communication.

Such a redefinition has had an enormous effect. The entire paradigm of social media has altered the basic rules of communication, especially between business and their audiences. The one-way communication methods of the recent past—business-to-customer and business-to-business—have been replaced by a more robust multidimensional communication model. That model is collectively called social media (also referred to as Web 2.0).

The rules of social media. To communicate effectively in the social media world means understanding the new rules of the road.

To have a say.

Contribution. Social media encourages contributions and reactions from anyone who is interested. ‘Encourage’ is the key here; social media solicits an interaction, positive and negative, by making it easy to contribute.

Collaboration. Social media promotes an exchange of information between you and your audience, and among audience members, by inviting participation. Creating a quick and simple collaborative platform requires that information be organized and easily distributed.

Connection. Accessing information on the Internet only takes a click. Social media thrives on connections, within its own Web vehicles and through links to other sites, resources, people, and automatic feeds. People can even create their own personalized site of connections.

Community. The fundamental characteristic of social media is the creation of community: a fellowship and relationship with others who share common attitudes, interests, and goals (such as friendship, professionalism, politics, and photography). Communities form quickly and communicate effectively. Communities build goodwill from members to the hosting organization and among members. While these communities are only virtual, with members seldom meeting each other in person, they are no less robust than the physical communities in which we live, and in many ways more robust from the simple fact that barriers are removed.

Baby Boomers essentially grew up in two-parent households (almost 90 percent of families). For the vast majority, dad worked a job, mom worked at home. This family unit, with its incumbent network of extended relatives and neighbors, was the foundation of their lives. Boomers grew up with black and white televisions, party-line telephones, newspapers, mail, double-feature movies, and mom-and-pop corner stores.

Only about 45 percent of Gen Y grew up in two-parent households. For the vast majority, dad and mom both worked a job, essentially disintegrating the basic family unit of relatives and neighbors. Gen Y grew up with color computers constantly connected to the Internet, cell phones, digital media, email and text messaging, movies at home, and big box chains. Gen Y is inherently more comfortable using the tools of social media to communicate with their network of peers and friends because they have lived it their entire lives.

[Note: This post is one of our position papers originally published in 2012.]