Your editor is not adjunct, but essential to your writing’s clarity and cohesion

One of the most famous and memorable lines in all of movie history wasn’t written by the script writers—it was created on the spot by Humphrey Bogart while filming one of the many lightening-rod scenes in Casablanca. Not only is Casablanca 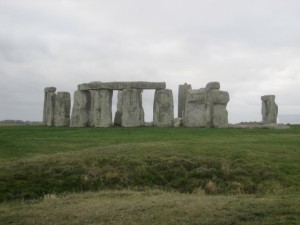 This is the value that an editor enmeshed with the writers can bring to improve written text.

Self-editing as a choice. More than likely, neither the documents you write, nor the ones I write, will carry the same longevity of Casablanca’s script. Nonetheless, your writing is important. And yet, many of us—myself included—often self-edit and eschew the brilliance that an editor can bring to our writing.

Make no mistake, self-editing often is a useful way to improve your writing. Letting text you’ve labored over to rest for a few days enables you to see that text from a new and expanded angle when you return to it. There’s a renewed clarity after your subconscious has stewed, which allows you to improve and build upon your initial text. In general, though, you are still bringing the same mind-set to your text, using the same base of information and perspective that you brought at the beginning.

An editor’s job. An editor, on the other hand, doesn’t need a few days to stew on your text. An editor sees your text for the first time, with its inherent novelty and sense of discovery. As such, an editor brings a different perspective and mind-set to your work, a certain clarity. But, and I must emphasize this, your editor must work within your paradigm while looking at your text from that outside perspective. You, as the writer, maintain final say over your text.

Your editor’s job is to improve your writing while fixing contextual errors, helping you communicate more clearly with your audience, helping you attain your goals—all while maintaining your original voice and style.

The value of an editor. An editor acts as the ‘first reader’ of your document, advocating for clear language, for you the writer, and for your readers:

Get to the point. The first question an editor wants an answer to is simply this: what’s the point? An editor makes sure your point is well stated, consistent throughout, and that all your text supports that point. Everything else is superfluous, and thus—gone.

Bring clarity to your message so that your audience readily understands what you are trying to say. For example, a writer can be too familiar with a topic and speak over the heads of their readers. An editor can come from that reader’s perspective, ask and answer the kinds of questions your readers might have, and alter your text in ways to make it more easily understood.

Tighten your text to improve its readability and its comprehension. Stephen King, the prolific mystery writer, states in his enlightening book, On Writing, that he reduces the size of his final draft by at least ten percent. He admits that he used to be tempted to add more to his final draft, but he quickly learned that this was counterproductive. No matter how difficult it is to cut what he considers to be some of his more prosaic phrases, he mercilessly cuts them because he knows his writing is not for him—it’s for his readers.

Sharpen your message so that your reader fully understands what you want them to do as a result of reading your text, and then responds as you intended. When writing a report, study, or plan, your editor can help ensure the document is on topic and its conclusion and recommendations will be readily accepted and adhered to. When writing a proposal, an editor can help ensure your prospect will accept your pitch and buy.

All of this ensures that your writing is reader-focused. Too many professionals write from their own perspective. This is only natural, since your perspective is what you know. For your writing to be most effective, however, it must be from the reader’s perspective: what do they need to know, how do they need to read it to get it, how is this information important to them (why should they keep reading), and how should they respond or act (the “what’s in it for me” perspective). An editor, with an outside perspective, is often better poised to attain this reader-centered perspective.

Your collaborator. Good editors do not consider themselves adjunct to the writing process nor to the writer. Instead, a good editor acts as your collaborator, working closely with you to instill clarity and cohesion in your work.

Ultimately, your editor works toward integrating humanity into your writing.