An actual conversation I had recently at a business organization meeting

He took my arm firmly, pulling me aside for a private conversation. I had been standing in a small circle with colleagues, talking, at a business organization meeting when he accosted me.

“So,” he started. “I understand you work with electric utilities.” More of a question than a statement.

It all happened so suddenly that I just looked at him. “Have we met?” I asked, mainly to gather myself. 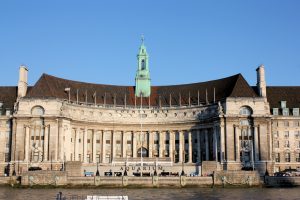 “No,” he said, then introduced himself. I returned the favor.

“I know who you are,” he continued. “You used to sit on an energy-related committee with my wife.”

He told me. Different last name. But now I understood the connection. They modernized older properties, and one of their initiatives is to lower the energy requirements of the buildings by integrating renewable resources and energy efficiency measures.

“Mainly around integrating more renewable resources into the electric grid.”

“So you know a lot about rooftop solar photovoltaic panels?”

I nodded, and started to smile. I had a good idea where this was going.

I nodded again. “Yeah, I’ve written a bit about NEM.”

“Well…” he began, pausing a bit and leaning in. “I’m starting to get some push back from my neighbors about my solar panels. And my electric cooperative says I can’t expand my solar array.” He named the coop. “And I don’t understand why.”

Coincidently, a few months earlier, I spoke with the President of that cooperative, so had some precise figures.

“I’m not surprised about the cooperative,” I said. “They’re already at 12% penetration.”

“What does that mean?” he asked.

“It means that 12% of their customers self-generate from rooftop solar panels.”

“Yes,” I replied. “It’s good to increase generation from renewable resources. But, the state only required utilities to accept up to 4%, and your coop already has three times that amount. And they are beginning to have trouble managing it, and seeing more of the cost inequities.”

He looked at me for a bit. Then, leaning back, he said, “I can see I’m not going to get any sympathy from you.”

I smiled. “Is that why you pulled me aside; you wanted my sympathy? I’m just being a realist here, giving you facts.”

He harrumphed. “Then give me some more facts.”

“Of course. I self-generate, use what I generate, and send the extra to the grid.”

“Do you get extra generation every day?” I asked.

“What happens on really cloudy days, or when it rains? Or snows?”

“And when it rains, or snows, or is cloudy, or at night, you have electricity?”

“Of course,” he said. “I always have electricity.”

“So you are using the grid’s transmission and distribution system?”

“That’s how I send and get electricity.”

“And, you get credits on your electricity bill; credits at the rate you would normally pay for electricity; retail rates?”

“You’ve had your panels, how long?”

“Oh, quite a number of years.”

“Have you paid off your original investment? From the electricity credits?”

“A little while ago,” he said.

I paused to let all that sink in. “And you don’t understand why you’re getting push back from the coop and your neighbors?”

He thought for a bit. “I didn’t know about the 12% penetration stuff, but I don’t see how that matters.”

“Let’s start toward the beginning. The intent of the NEM law was to increase renewable generation distributed across the state. And in many areas, it has done that. Your area, for instance. In essence, everyone who self generates is an independent power producer. A very, very small one, but nonetheless. But there is a difference between you and a large producer. You are being paid retail rates for your generation whereas a large producer is being paid wholesale rates.”

“Besides that,” I continued, “the coop must take your generation before the large scale generators, so as the penetration goes up, so does their cost of electricity. Plus, self-generators are not paying the costs for infrastructure, transmission, and distribution. That’s extra cost and lost revenue. And it’s your neighbors, those that don’t participate in NEM, that are paying for that.”