Greenhouse gas emission reductions, cost, and reliability are the drivers

Regulatory officials in California are raising the bar on integrated resource planning, taking it to a more efficient and effective level. 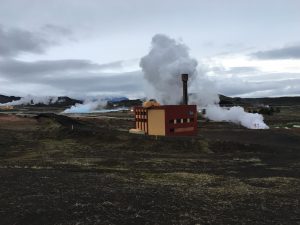 CPUC staff have issued a proposal for implementing integrated resource planning across the state. This proposal, created with input from the LSEs, outlines a structured process for LSEs to develop IRPs and for the CPUC to review these IRPs. The CEC has also drafted IRP submission and review guidelines specifically for publicly owned utilities. These proposals must first by adopted by the Commissioners before taking effect.

How is the California IRP process different? From its very foundation, the IRP process being developed in California lays a stronger foundation than those employed by virtually any other state. Here are eight such building blocks:

The ultimate goal is “to identify optimal solutions that might not otherwise be found, and to guide resource investment decisions across all types of LSEs and resource programs.”

Both the CEC and CPUC, through a number of workshops, solicited input from their respective LSEs into the IRP process. Both Commissions have published proposals that outline, in detail, the requirements for developing and creating the IRPs.

Some perspective, please. California reaching its 50% RPS goal in about thirteen years will have an enormous, worldwide effect on global warming. Why? Because California is the world’s sixth largest economy, behind only the United States (of course), China, Japan, Germany, and the United Kingdom; and just ahead of France, India, Italy, and Brazil.

Next. Our next position paper will continue discussing the California IRP process: guiding principles, disadvantaged communities, plan categories, and a reference system plan.