When at first you founder, persistence and determination can win the day

Recently, my son Torin and I were returning to Vermont after a week’s stay at Walt Disney World. We arose at 3:00 am on a Saturday to catch Disney’s Transport bus, to arrive two hours ahead of our scheduled 6:25 am flight (Disney’s rules) out of Orlando airport. We arrived at 3:45, in line at Continental’s counter at 3:50 — and waited until 4:30 for it to open! 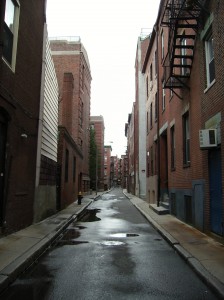 We got out of line to sleep a bit in an alcove, only to find, 20 minutes later, that the line was now over two bends in the mouse maze. So, back in line again to stand, and wait. When we were third, a Continental agent approached  the first person in the queue. We overheard: “Where are you going?”

“Hmmm. Let me look.” After a bit of rustling came “Newark”.

“That flight’s been cancelled,” stated the agent matter-of-factly, as if she was telling the time, then moved on to us.

I turned to Torin. “That’s our flight!” Torin’s eyes bugged out. “What!” He was incredulous. “What the…”

“OMG,” I muttered, looking at him, ours eyes locked, my mind racing, considering the ramifications, drifting, then coming back quickly when I heard the agent impatiently say to us, “I’ll come back,” and continued her walk down the line.

Over the next 45 minutes, our cadre of stranded Flight 193 passengers grew, while others continued to bypass us and check in.

At 5:15, finally, the counter, to get re-booked. The agent, continually clicking on her keyboard, hunting for seats, only to discover flights to Burlington were booked for the rest of the day — and the next — and Monday, and Tuesday. The next available flight with seats: Wednesday, four days away!

More clicking. “No. Nothing.”

“New York, Boston?” She shook her head. “Buffalo? Philadelphia? Pittsburgh?” I was getting desperate.

“No. All booked.” A pause. “Oh, wait. Here’s something for Manchester, tomorrow. It’s late in the day though. Would you like me to book it?”

I looked at Torin. His eyes widened. “I wanted to go home today,” he said. I gave him a twisted grimace, then turned back to the agent. “We’ll take it.”

But in that split second, it was gone.

So we booked the Wednesday flight. Then I called my wife, Abbie. At 5:45 am.

“What’s wrong?” she asked when answering. I told her the sordid details. “What about a car? A bus? The train?”

“I was just about to check on a car. I’ll have to see about Internet access for the bus or car.”

So Torin and I went to Budget Rent-a-Car. “We need a car, one way, to Burlington Vermont.” I told the agent.

Abbie called back. ”I’ve done some checking. A bus leaves today at 12:50 pm, gets into New York tomorrow around noon. An hour layover, twelve hours to Boston, another layover, then to Vermont. Gets in Monday afternoon.” My mind was racing. “That’s over 50 hours! On a bus!”

“There’s also the train,” she said. “Leaves tonight, gets into New York tomorrow. No sleepers left though. The next train to Vermont leaves Monday morning; arrives Monday evening. Only goes to Montpelier though.”

“I’ll have to call you back,” I said. Torin found a wi-fi hot spot. We logged into Expedia, where I originally booked the ticket. Four flights with seats tomorrow: two on United and two US Airways. So we returned to Continental to try to get booked on one of these flights. This time three agents worked on our dilemma.

“The Burlington legs of those flights, we show them fully booked. Expedia is overselling in the hopes of no-shows. Anyway, we can’t book those flights. You have a United booking since you flew down on United. Perhaps they can help.”

On the way across the terminal to United’s counter, I called Expedia and regaled our story. After verifying that Continental’s flight was indeed cancelled (they wouldn’t believe me), the Expedia agent called United (at my insistence) to try to book a United return. She failed. This took almost 20 minutes on hold, all of which we spent waiting in a United line.

Finally, we reached the counter. After some incredulity from the United agent (“Why didn’t Continental take care of you?” “Why did they cancel the flight; the airport’s open!?”), she told us she couldn’t book us direct to Burlington. “Tell me the best surrounding airport.” We did. Ten minutes later, she booked us on a flight, late, that very same day, into Manchester, a three-hour drive from home. It was 8:05 am, over four hours after we arrived.