Bringing measurability and clarity to the nine editing tasks, helping your writing count

As the manager read the nine tasks of an editor§, the technical team stood by and watched the manger’s body language and facial expressions change as the document was read. 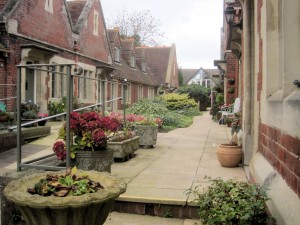 “That’s a lot,” the manager finally looked up and said. “Nine tasks.”

The team looked at each other, encouraging expressions slowly dawning on their faces.

“It is a lot,” they said almost in unison. “That’s what we’ve been saying. An editor can get our writing to count.”

They had made their point clear, and the message was delivered, much to their manager’s credit.

“And there’s more,” they said.

Some problems solved. “Working with these five levels enables us to solve two inherent problems when working with an editor.

“First, we can be explicit about our expectations. You know how we tossed around terms like ‘light edit’ or ’heavy edit’? With these five levels, we can be explicit about our needs. For example, we can instruct an editor to perform a ‘Level 2 Edit’. That way we both know what is expected. Or think about it from the flip side. We can give a manuscript to an editor and ask the editor to tell us what level of editing it needs.

“Second, we can choose the level of edit that time and money allow. If we only have a little amount of time or a tight budget, we can request a Level 4 or Level 5 Edit. More time and money, we ask for a Level 1 or 2 Edit.”

The team paused, as it was clear the manager was listening and considering this new structure. They let the silence linger to give the manager a chance to respond.

“You’re right,” the manager finally said. “This clarifies a lot of ambiguity, creates a discernible structure out of something that I always thought was vague and happenstance.”

“We could have used a Level 1 Edit on our proposal,” the team quickly added. “Because that is another thing we can implement.”

“We can decide ahead of time the level of edit various types of documents need. A Level 5 Edit takes a lot less time than a Level 1 Edit. Knowing this, we can decide the editing level we need and schedule the appropriate amount of time at the beginning of a project instead of having to cram it in at the end. With our proposal, we would have known this and worked with it throughout the project.”

Structure rather than inconsistency. “I see what you are saying,” the manager acknowledged. “That would create even more structure and consistency, less ambiguity; something I can measure.” Pause, then with a wry grin the manager continued. “We like to measure things around here.” They all knowingly smiled at that.

“And,” the manager continued, now on a roll. “That would bring some clarity to what is thought of as amorphous.”

“That’s right. The attitude has been that an editor ‘makes things pretty’, or just ‘fixes grammar’, or ‘polishes the pages’. That needs to stop. Instead we need to start thinking of an editor as our watchdog loyally guarding the documents we produce.”

They were all looking around at each other and nodding their heads.

“You know what the book says about an editor?” asked the team leader.

The manager looked up expectantly.

“The book says, and I’m paraphrasing here, that many authors rely on their editor to transform their mass of rough draft material into polished, publishable documents; that by reviewing such text, an editor improves the communication of scientific, technical, and engineering concepts. Just think about that,” the team leader enthused. “An editor can take the mass of our technical information and make it understandable not only to us, but also to a variety of audiences, from the expert to the novice.”

“How does an editor understand all that technical stuff?” the manager asked.

“Of course they are not experts like us. But through experience, logic, knowledge of writing, and ‘editorial acumen’, they can get our writing to count.”