Seventy-seven million dollars ($77 million)! That is the amount of money SAS AB is seeking in compensation from Bombardier, the Canadian-based aircraft maker, for omissions in Bombardier’s technical maintenance manual for their Q-400 turboprop plane.

Two of SAS AB’s Q-400 planes were involved in emergency crash landings in Denmark and Lithuania, both involving malfunctions in the plane’s landing gear. (No one was seriously injured in the accidents.) As a result, SAS AB grounded their entire fleet. 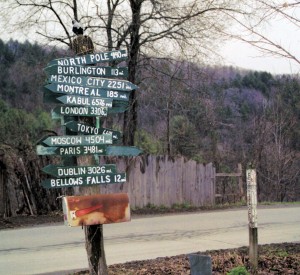 SAS spokesman Hans Ollongren said, “The incidents were caused by flaws in components not included in the maintenance manual. This is why we feel the responsibility lies with Bombardier.” Ollongren said that SAS has lost about $62 million since the grounding of their fleet of Q-400s. “There are other costs involved, too, related to credibility and our flight safety record,” he continued. SAS wasn’t the only company affected; about 60 of the 160 turboprops in use by airlines worldwide were grounded.

SAS wants to resolve this matter privately between the two companies. Failing that, SAS has every right and intention of litigating against Bombardier. Can they litigate? For flaws in a maintenance manual? In the European Union (EU), in Canada, in some U.S. states, and increasingly around the world, SAS has tort law fully on their side.

Tort law creates liability issues for poor documentation. In 1998, the EU drew up legislation that recognizes technical documentation as part of a product. This is landmark legislation. Now, the documentation and product are inexorably tied together for liability purposes by this tort law. Corporations are legally responsible for customers not knowing how to use their products and for using them incorrectly.

Many members of the European Union have adopted this tort legislation; Canada has written similar legislation consistent with the intentions of the EU. In the United States, the Unified Commercial Information Transaction Act of 2002 includes language modeled after the Canadian and EU legislation. While only a few states have since adopted this legislation, more are sure to follow, if only to keep up with the evolving tort law and to compete effectively around the world.

Not an isolated incident. “That’s a blank check, isn’t it?” observed Bob Hunter, director of the insurance program at the Consumer Federation of America. Hunter was referring to a Federal Emergency Management Agency (FEMA) directive that allowed insurance companies to over bill the National Flood Insurance Program (NFIP) while shortchanging claimants for Hurricane Katrina damage.

In the directive, NFIP’s director David Maurstad wrote: “FEMA will not seek reimbursement from the company when a subsequent review identifies overpayments resulting from the company’s proper use of FEMA depth data and a reasonable method of developing square foot value in concluding claims.” (Italics ours.) Not if, but when. This sentence states that insurance companies do not have to repay over-billed amounts when FEMA discovers them. Changing when to if dramatically alters the sentence’s meaning: if over-billings are discovered, insurance companies must repay them. So much for a simple word.

Cost of doing business? Many companies look at their documentation department as a cost of doing business rather than a source of competitive advantage and a profit center. Technical documentation is often subject to cuts when finances get tight. This leaves the documentation task to others, such as software programmers, product engineers, and their managers—people who are not adequately equipped to create clearly written and usable documents for an oftentimes unsophisticated audience using increasingly complicated products. (Think telephone here: a once simple device is now a feature-laden and complicated communication tool.)